180+ Rat Tattoo Ideas: Is the Meaning Good or Bad?

Rat Tattoo Meanings: The Symbolism And Significance Of Rats In Tattoos

When it comes to tattoo symbolism, rats are often seen as a negative representation. This is likely due to the fact that rats are seen as pests and can be carriers of disease. However, there is more to rat tattoos than just their negative connotations. Rats can also represent strength, determination, and resourcefulness.

Here we will take a look at the symbolism and significance of rat tattoos and explore some of the different designs that you could choose for your own ink. So that next time you see a rat tattoo, you'll know that there's more to it than just an aversion to cleanliness!

Would you rather listen to the article instead of reading it? Just hit PLAY!

What Do Rat Tattoos Mean?

For many people, rats are associated with filth and disease. However, in some cultures, rats are seen as symbols of good luck and prosperity. In China, for example, the rat is one of the twelve animals in the Chinese zodiac, and it is believed that people born in rat years are intelligent and hardworking, according to ancient eastern culture.

Rat tattoos can therefore have different meanings depending on the culture in which they are worn. Human property, such as food and rubbish, is often seen as fair game for rats.

In Eastern cultures, as mentioned above, rat tattoos can represent good luck and prosperity. Due to such human qualities, they may be worn by people who are starting a new business or embarking on a new venture. Rat tattoos can also be a way to show your highly developed natural qualities and respect for one's ancestors or for the Chinese zodiac animal itself.

Different Types Of Rat Tattoos And Their Meanings

There are many different ways that rat tattoos can be designed. Here are some popular examples:

One of the most popular rat tattoo designs is the traditional rat tattoo. This design is usually a black and white portrait of a rat, often with a long tail. The meaning of this tattoo varies depending on the culture, but it generally symbolizes attributes such as cleverness, resourcefulness, and disease.

In some cultures, the rat is also seen as a symbol of death, especially in Japanese culture. This is because rats are often associated with disease and contamination. In Chinese culture, for example, the rat is one of the twelve animals in the Chinese zodiac. The rat is considered to be a symbol of wealth and prosperity. It can be placed anywhere on the body due to such qualities but is often seen on the back or shoulders. 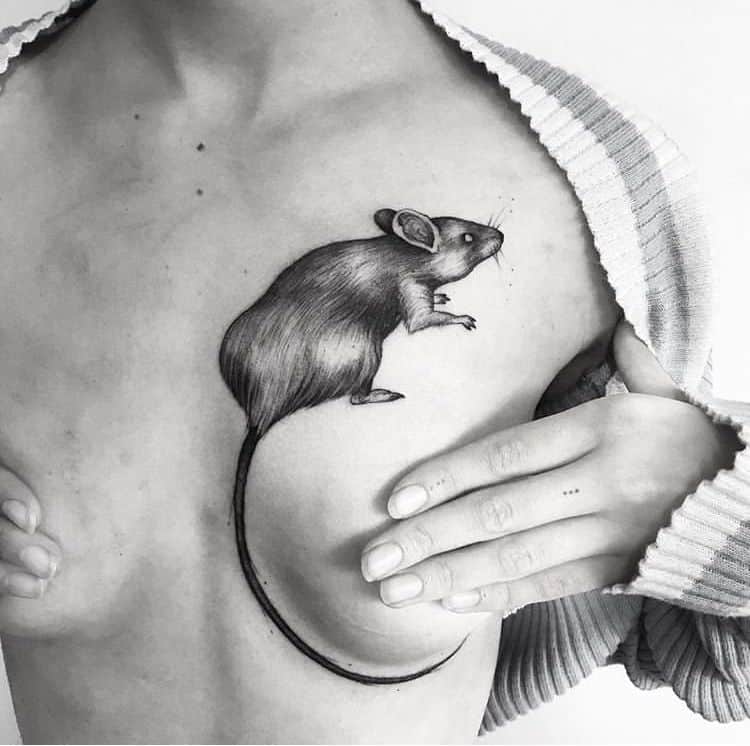 2. The Rat And Snake Tattoo

3. The Rat And Skull Tattoo

This tattoo is a popular choice among motorcycle gangs and prison inmates. It symbolizes the rider's or inmate's willingness to die for their cause. The rat skull is also a reminder of death and the fragility of life.

This tattoo can be seen as a warning to others not to mess with the wearer. It can also represent the dark side of human nature. The rat and skull tattoo is not for everyone. It is a very serious tattoo that should only be worn by those who are willing to die for their cause.

This tattoo is not for the faint of heart. If you are considering this tattoo, make sure you are prepared for the consequences. It is a permanent reminder of the dark side of human nature. The best place to get this tattoo is on the back or chest. This way, it can be seen by everyone and it will be a constant reminder of your commitment to your cause. 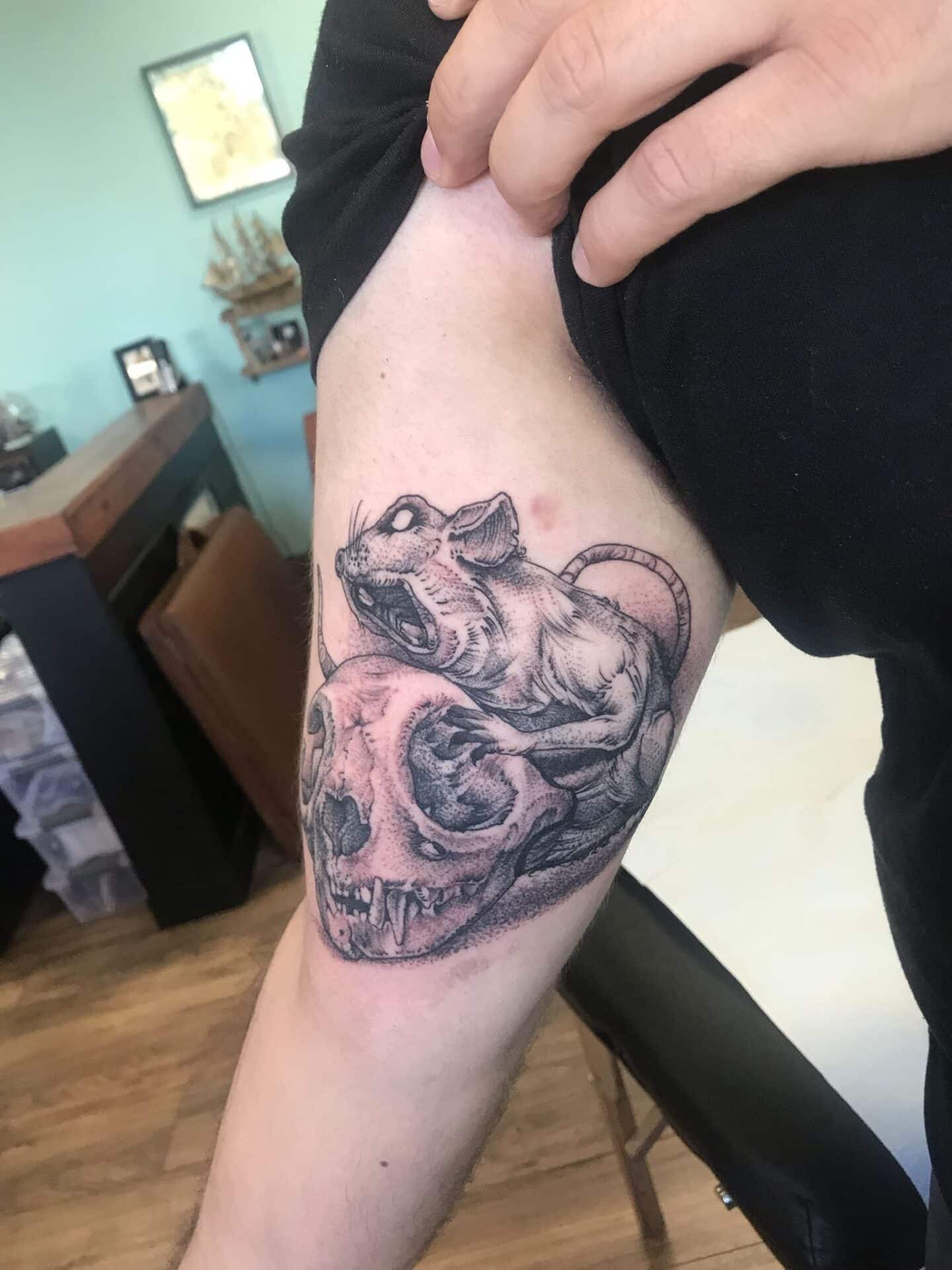 4. The Rat And Wings Tattoo 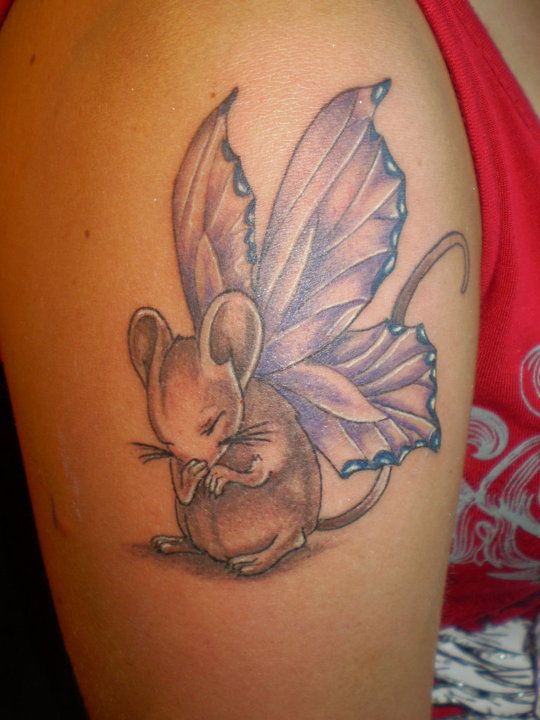 5. The Rat And Cross Tattoo

It is believed that the Holy Spirit will guide you and lead you to salvation. The cross in this tattoo can also be seen as a symbol of the sacrifice that Jesus made for our sins. This tattoo is a reminder that we all need to repent and turn to God. 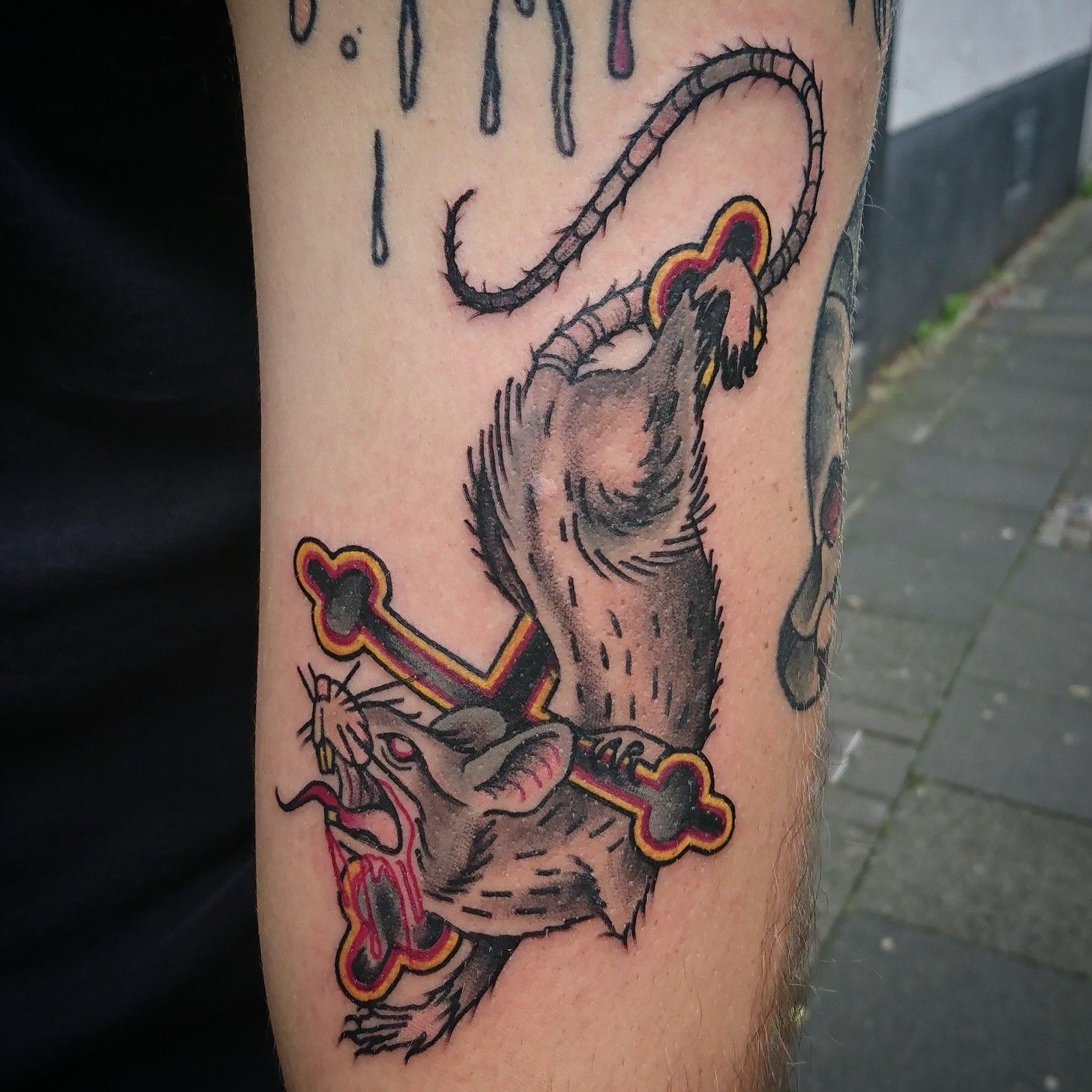 Watch A Full Time-Lapse Video Of A Rat Tattoo Done By A Pro:

180+ Rat Tattoo Ideas For Your Inspiration

Now that you know the different rat tattoo meanings, it is up to you to decide if this is the right tattoo for you. Rat characterizes different things in different cultures. If you are looking for a tattoo with deep philosophical meaning and symbolism along with all moral principles, then the rat tattoo is definitely worth considering.

Whatever your reasons for getting a rat tattoo, we hope that this article has helped you in your decision-making process. Be sure to do your research and pick a tattoo design that you will be happy with for years to come!

200+ Heart Tattoos That Cover Everything from Love to Loss