Hakuna Matata is a Swahili phrase that means "no worries." The phrase is often used as a mantra to help people live in the present moment and let go of stress and anxiety. Hakuna Matata tattoos are popular among people who want a reminder to stay positive and live life to the fullest. This blog post will explore Hakuna Matata's tattoo ideas, meaning, and origin.

What Does Hakuna Matata Mean?

Hakuna Matata is a phrase made popular by the Disney movie, The Lion King. The movie's protagonist, Simba, is told by his wise advisor, Timon, that Hakuna Matata is "no worries" or "no problem." This philosophy of living life to the fullest and not worrying about the world's troubles resonated with people of all ages, and the phrase "Hakuna Matata" soon became a household name.

Hakuna Matata is a Swahili phrase that originated in East Africa. The literal translation of Hakuna Matata is "there are no problems." However, the deeper meaning of this phrase is more reflective of its English translation, "no worries."

Hakuna Matata" is often used to describe a carefree lifestyle or outlook. If something bothers you or causes stress, you can brush it off by saying, "Hakuna Matata." This attitude of not worrying about the small things in life can help you live a more joyful and fulfilling existence.

In recent years, the popularity of Hakuna Matata has exploded thanks to its use in Disney's The Lion King. The movie's protagonist, Simba, struggles with being the future king after his father's death. After meeting Timon and Pumbaa, Simba adopts their laissez-faire attitude toward life and becomes a carefree young adult.

While some people may criticize Simba for shirking his responsibilities, there's no denying that his new outlook on life brings him much happiness. And who doesn't want to be happy? That's why the message of Hakuna Matata resonates with so many people worldwide.

There are many ways to incorporate the Hakuna Matata philosophy into a tattoo design. Here are some popular tattoo ideas:

1. The words "hakuna matata" written in Swahili or English. This is a simple but effective way to incorporate the phrase's meaning into your tattoo design. 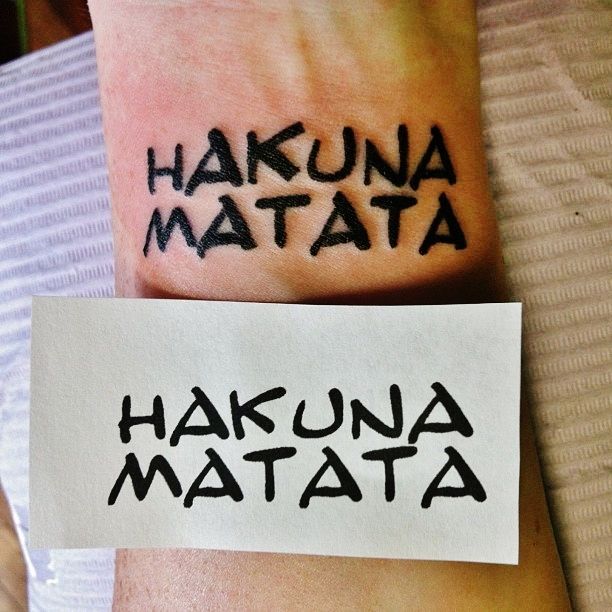 2. A lioness and cubs. In The Lion King, the main character Simba is taught the meaning of Hakuna Matata by his wise father figure, Rafiki. The lioness represents Simba's mother, while the cubs represent Simba and his sister. This tattoo design is perfect for those who want to remember their family and friends who have helped them through tough times. 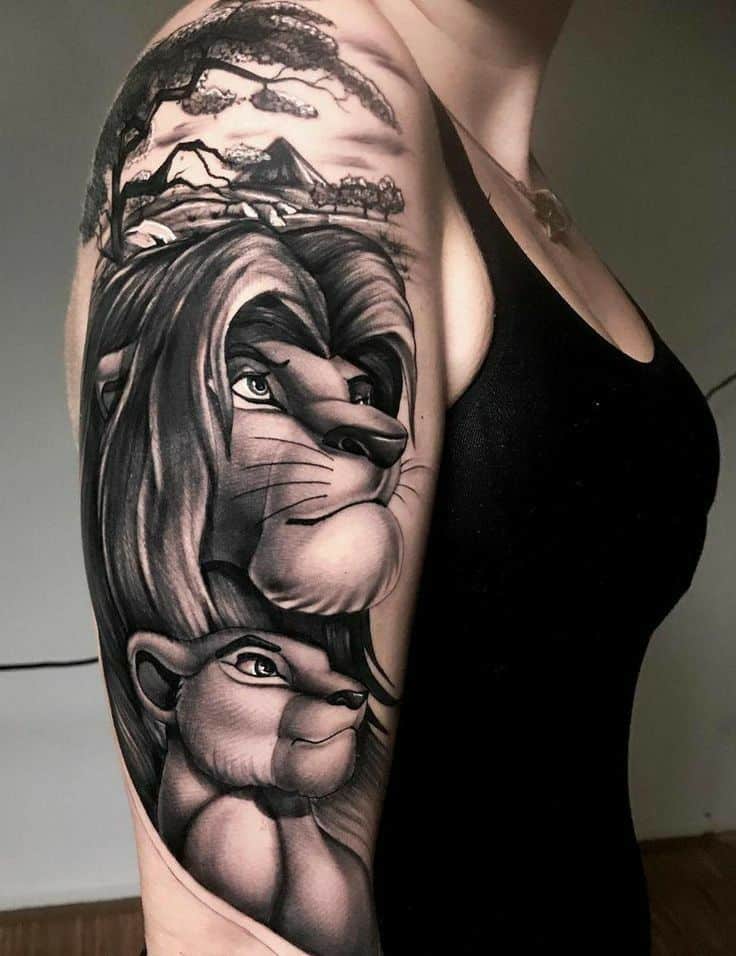 3. A mandala. Mandala means "circle" in Sanskrit, and it is a symbol of balance and harmony. Mandalas are often used in meditation as a focus point. This tattoo design is perfect for those who want a reminder to stay present and grounded in their body. 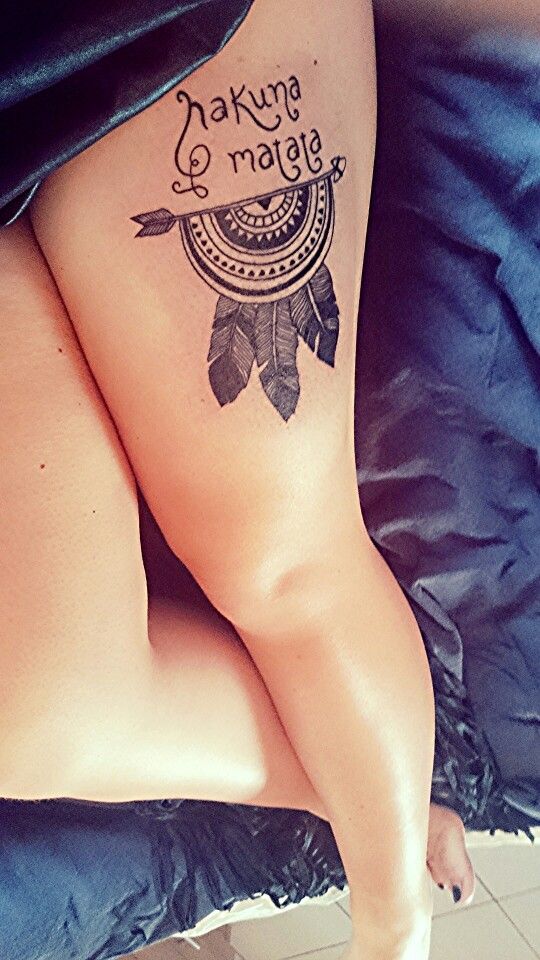 4. An om symbol. Om is a sacred sound in Hinduism and Buddhism that is often used in meditation. The symbol is thought to represent the universe itself. This tattoo design is perfect for those who want a reminder to connect with their higher self or the universe's divine energy. 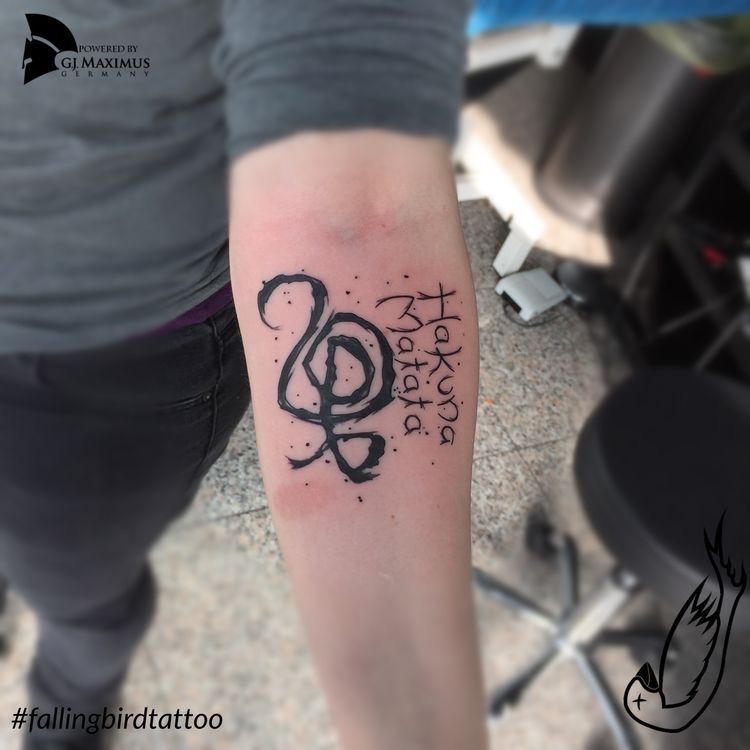 5. A lotus flower. The lotus flower grows in mud but blossoms into a beautiful flower, symbolizing rebirth or transformation. This tattoo design is perfect for those who want a reminder that they have gone through difficult times but have come out stronger on the other side. 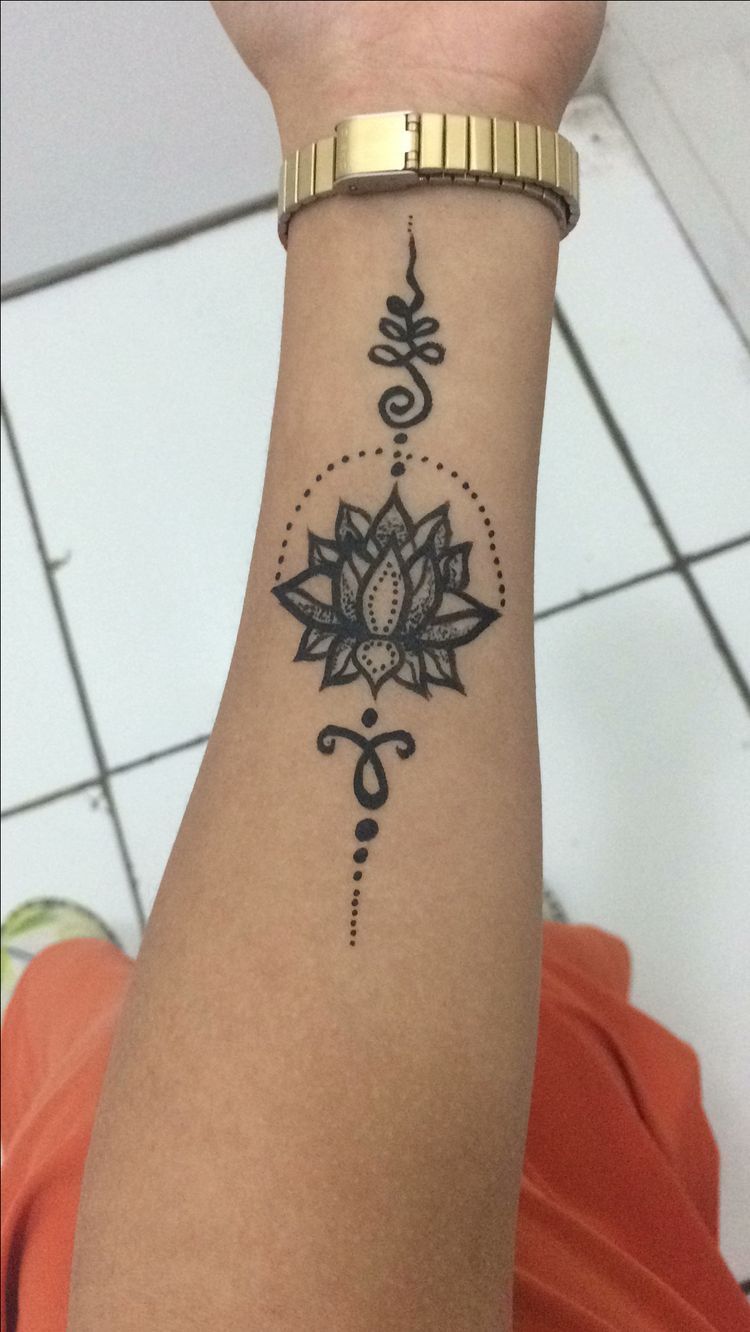 6. A tree Branch with leaves blowing in the wind. This tattoo design represents how we are all connected to nature and the cycle of life. It's also a reminder that change is constant and must go with the flow. 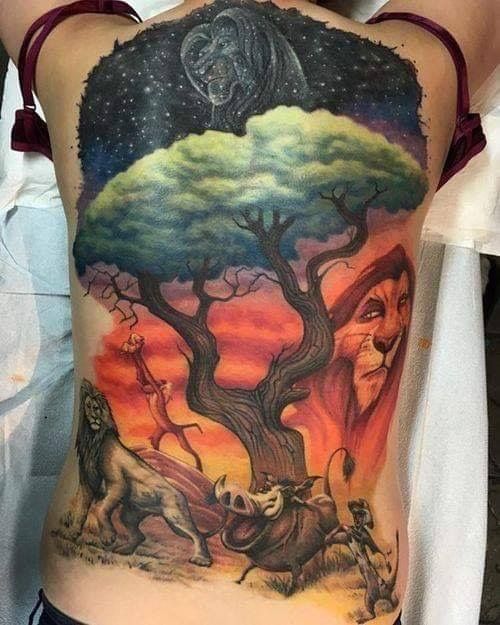 No matter which design you choose, making a tattoo of Hakuna Matata is an excellent way to remember the importance of living in the moment and not worrying about things that can't be changed. Take some time to reflect on what Hakuna Matata means and find a design that reflects your unique understanding of this phrase.

How is Hakuna Matata used in a sentence?

You can use Hakuna Matata in a sentence by saying, "Don't worry about it - just remember the phrase 'Hakuna Matata, and you'll be okay."

What is the deeper meaning of Hakuna Matata?

The deeper meaning of Hakuna Matata is to not worry about the small stuff in life and instead look for joy and fulfillment. It encourages people to focus on what they can do rather than worrying about things that cannot be changed.

What are some other ways to say Hakuna Matata?

Other ways to say Hakuna Matata include "no worries," "don't worry about it," and "it's all good." Additionally, many other phrases in different languages convey a similar meaning.

Are there any tattoos that represent Hakuna Matata?

Many tattoo designs incorporate the phrase 'Hakuna Matata or its meaning. These could include a mandala, lotus flower, tree branch with leaves blowing in the wind, om symbol, lioness, and cubs, or simply words written in either Swahili or English.

Watch A Video Of A hakuna matata Tattoo Done By A Pro:

200+ hakuna matata Tattoos To Get Inspired From

If you're looking for a tattoo that symbolizes a carefree lifestyle or outlook on life, look no further than Hakuna Matata. This popular Swahili phrase literally means "there are no problems," but its deeper meaning is more reflective of its English translation: "no worries." So if you're looking for a tattoo that will remind you to live your life to the fullest and not worry about the small stuff, Hakuna Matata is a perfect choice!