Tattoos have been around for centuries, and their meanings have evolved. Today, tattoos can be a form of self-expression or a way to commemorate important moments in our lives. One type of tattoo that has seen a recent resurgence in popularity is the berserk tattoo. But what does it mean? And what are some good designs for this type of tattoo? This blog post will explore the meaning and symbolism behind berserk tattoos and provide some ideas for designs you can use for your own ink!

The word "berserk" has its origins in Norse mythology. Berserkers were warriors who would work themselves into a frenzy before battle and were known for their ferocity and strength. Today, the term is used to describe someone who is out of control or acting wildly.

Regarding tattoos, berserk designs are often associated with strength, power, and courage. They can be a way to show your wild side or to commemorate a time in your life when you felt like you were fighting against all odds.

In today's world, this tattoo means that the wearer is a fan of the manga series "Berserk" or likes to play world of warcraft as a warrior in a berserker stance.

Whatever the case, the wearer of this tattoo is definitely not afraid to show their true colors. They are strong, powerful, and always ready for a fight!

Popular berserk tattoos and their meaning

There are a variety of designs that can be used for berserk tattoos. Some popular choices include:

Norse symbols tattoo: Norse mythology is where the term "berserk" comes from, so it makes sense that many people choose to incorporate Norse symbols into their designs. Popular choices include: 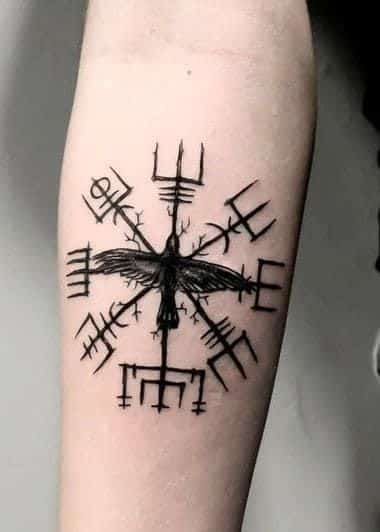 Mandalas tattoo: Mandalas are intricate geometric patterns that can have a variety of meanings. In the context of berserk tattoos, they often represent balance, harmony, and inner strength. 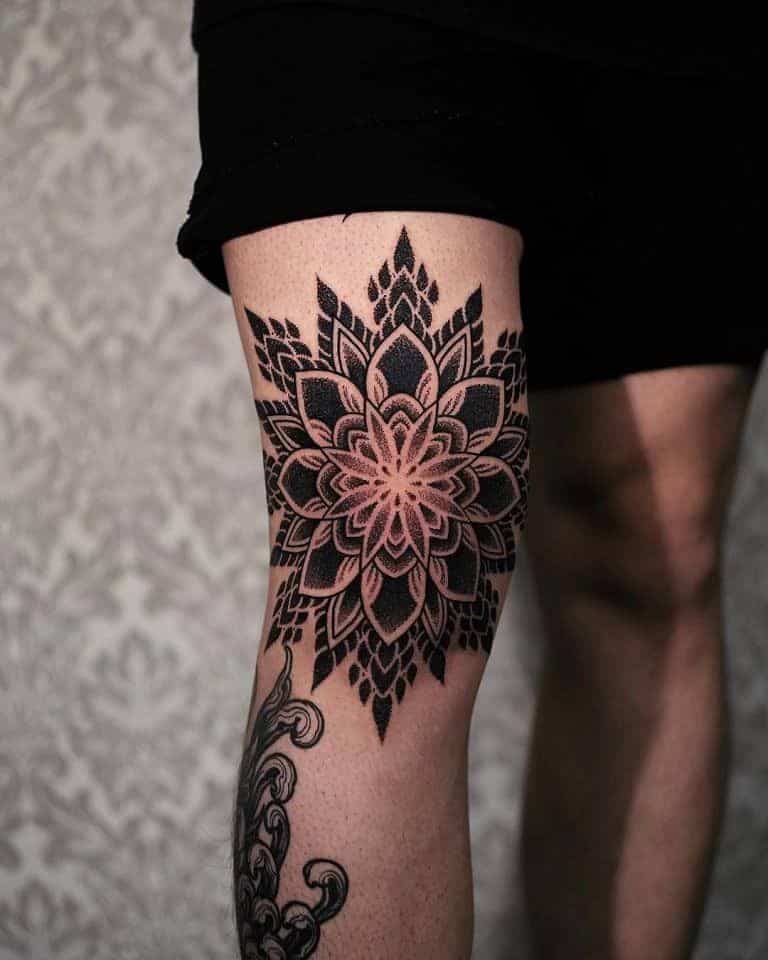 Brand of sacrifice berserk tattoo: This design references the manga series "Berserk." It shows a character branded with a symbol of sacrifice, which represents his willingness to do whatever it takes to protect those he loves. 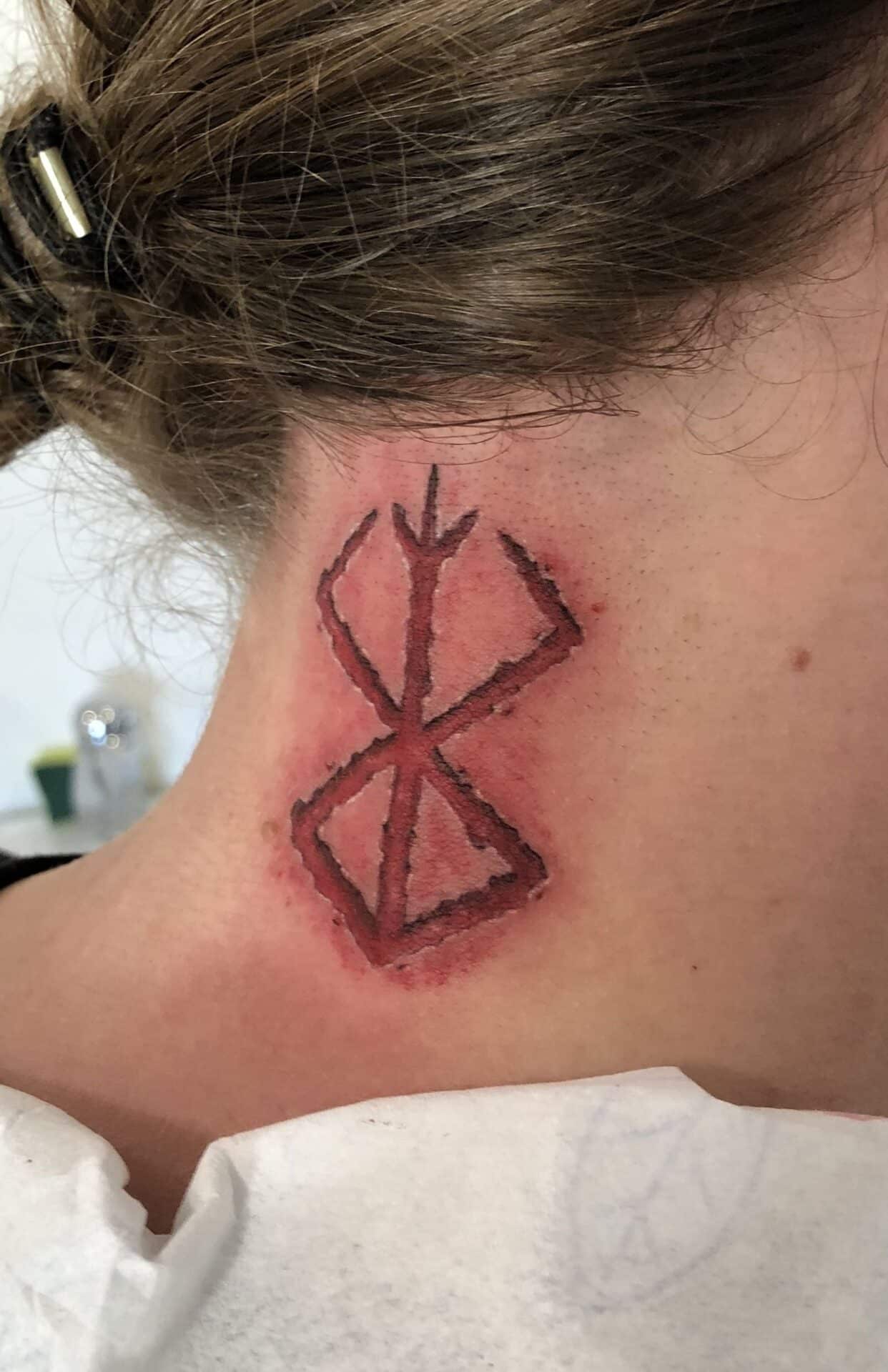 Guts berserk tattoo: This design is also a reference to the manga series "Berserk." It shows the main character, Guts, covered in scars and battle wounds. This tattoo can represent strength, courage, and determination. 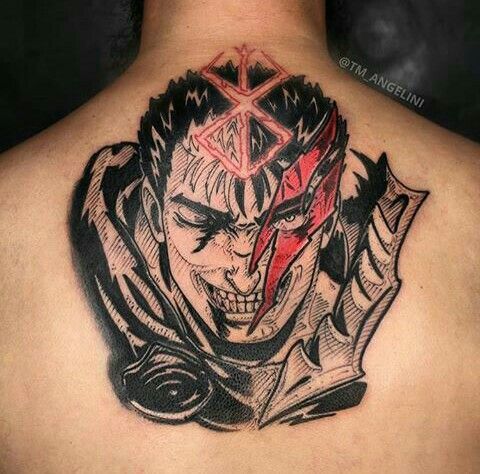 Berserk curse mark tattoo: This design references the manga series "Berserk." It shows a character with a curse mark that gives him superhuman strength. This tattoo can represent power, strength, and determination.

Berserk sword tattoo: This tattoo references the Berserk anime series. It shows a character wielding a giant sword. This tattoo can represent strength, power, and courage. 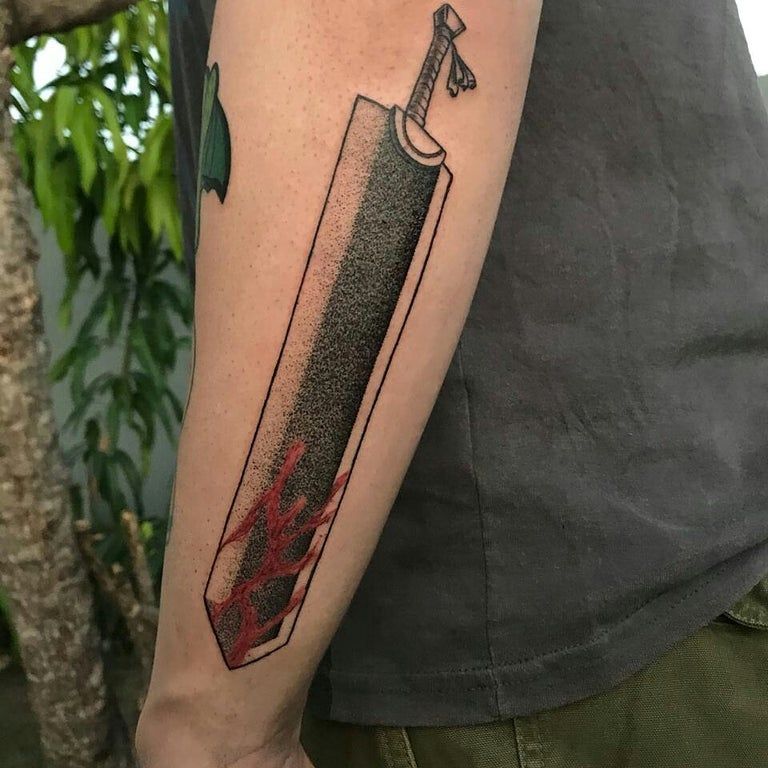 Puck berserk tattoo: This is a reference to the Berserk anime series. It shows the character Puck, known for his mischievous and carefree nature. This tattoo can represent freedom, spontaneity, and living life to the fullest. 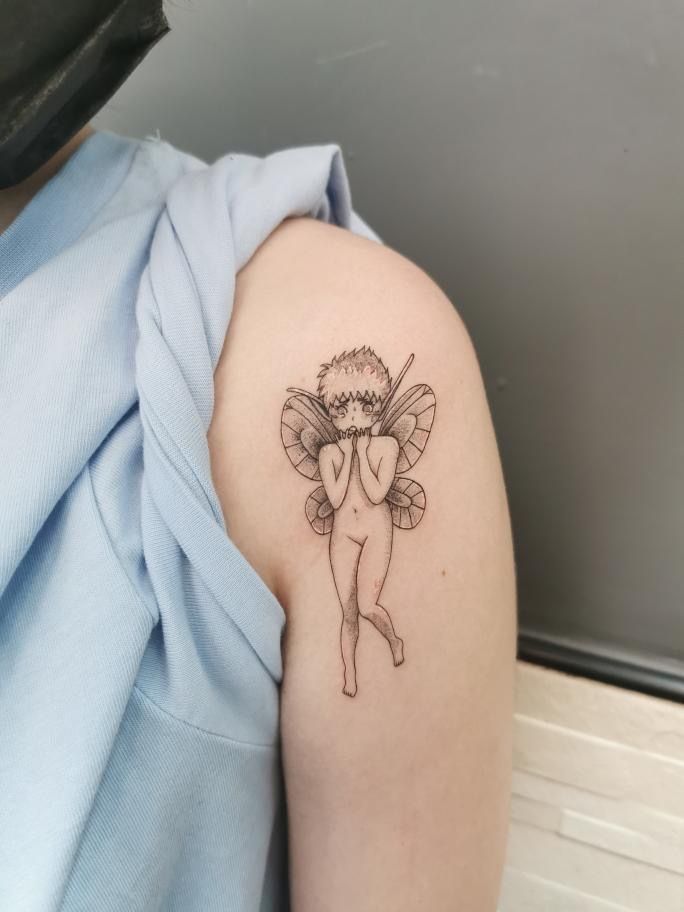 Berserk Behelit tattoo: the Behelit is a small, egg-shaped object with human facial features spread across its surface. It looks like it might be alive and emits an aura of dread. It plays an important role in the story, as it is the key to opening the door to the Abyss. 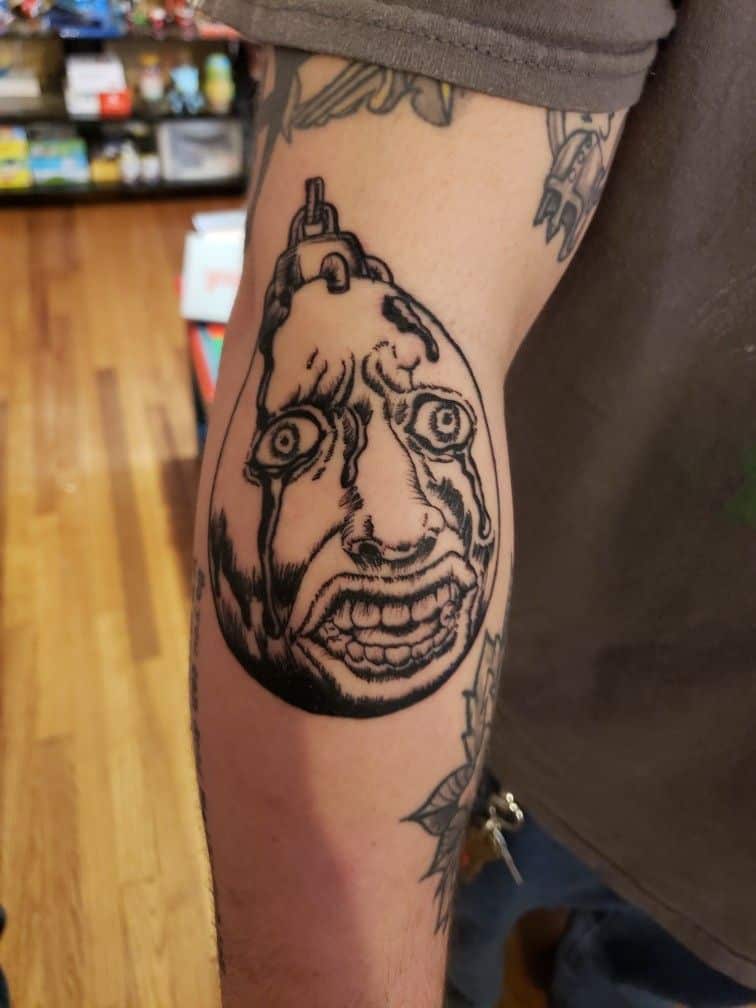 What is the brand of sacrifice Berserk?

The Brand of Sacrifice is a mark given to those chosen for the Invocation of Doom, a sacrificial ceremony in which they transcend their humanity and become an apostle or a God-Hand member. This also severs an apostle's last ties to humanity.

Are Guts stronger than Griffith?

Although Guts never surpassed Griffith in many ways before he left the Hawks, there were some areas where he was stronger. For example, while Griffith was coming up with battlefield schemes and political maneuvering, Guts was the one carrying them out.

What race are Guts berserk?

The Midland setting is based on a "European-like" global, though this doesn't amount to much. Guts, who has white skin and black hair with no beard or other body hair on his arms, legs, or torso, was presumably born in Midland and is therefore logically considered a "Midlander."

What is Guts real name?

Guts' character was created by Miura when they were an assistant to George Morikawa.

How did Guts get branded?

In Volume 12, Episode 78, Griffith willingly sacrifices the Band of the Falcon during the Eclipse Ceremony, and as a result, Void unleashes nine unknown members to become branded. We're then shown Corkus, Pippin, Judeau, and Guts becoming branded.

Watch A Full Time-Lapse Video Of A Berserk Skull Knight Tattoo Done By A Pro:

250+ Berserk Tattoo Ideas For Your Inspiration

Berserk tattoos are popular for those who want to show their strength, power, and courage. These tattoos can also represent other things, such as death, determination, and sacrifice. If you want a tattoo that will make you stand out from the crowd, consider getting a Berserk tattoo.